The history of The Grand Commandery of Knights Templar of Hawaii would not be complete without some reference to its royal connection. In the days of the Hawaiian kingdom, a special relationship was enjoyed between Freemasonry and the monarchy as well as some men closely associated with the monarchy. This favorable situation was due to several members of the Hawaiian royalty being members of the Craft, and some Caucasian Freemasons who had settled in the islands and married into the royal families. 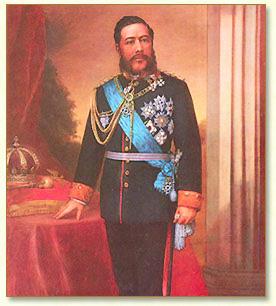 Our most famous Knight Templar is King David Kalakaua. He was the seventh and last King of the Kingdom of Hawaii. He was raised a Master Mason in Lodge Le Progres de l’Oceanie No. 124 in 1859 and served as Worshipful Master in 1876. Shortly after he was crowned King of Hawaii, Honolulu Commandery No. 1 was formed in 1870 with King David Kalakaua serving as Eminent Commander during 1878 and 1879.
In 1881, King Kalakaua, Past Commander, Honolulu Commandery No. 1, left Hawaii to tour the world. He was the first Hawaiian monarch to be received by heads of state including France, Italy, Austria, England, and Ireland. He had an audience with Pope Leo XII, dined with Queen Victoria, and discussed trade policy with President Chester A. Arthur. He truly loved Vienna where he grew fond of the royal residences, music, and arts. Upon his return, he envisioned a Hawaiian palace of equal beauty with arts and furniture from Europe. Thus, it was only natural that the celebration program included a visit of the Royal Iolani Palace and its Masonic Museum. A warm Mahalo to S.K. Douglas Crum, docent at the Iolani Palace, for his efforts, research, and fantastic private tour. 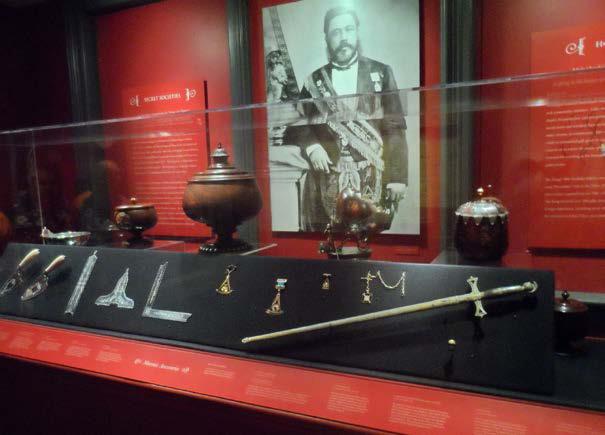